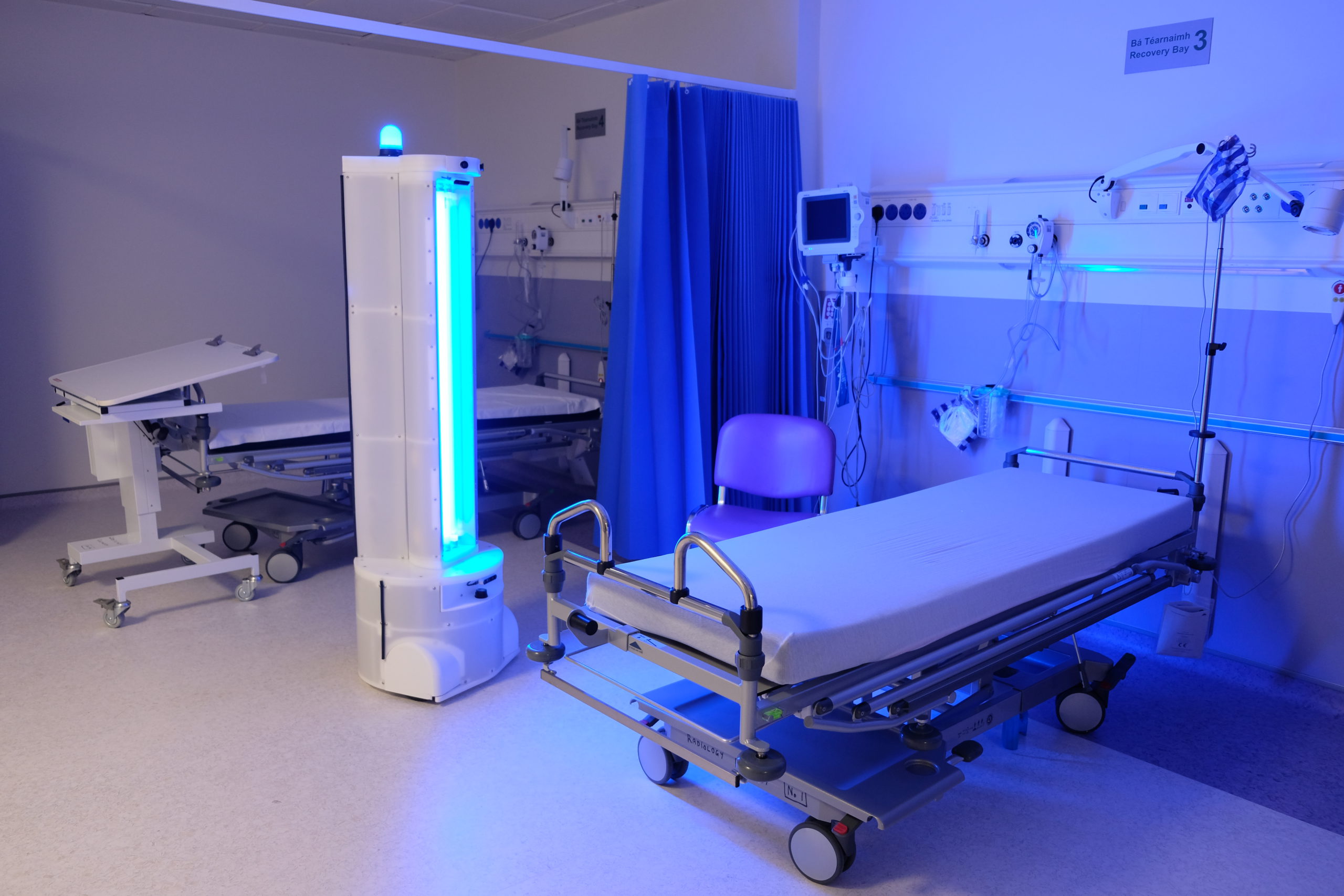 Meet Violet. She stands about six feet tall, is a robot with three germ-killing ultraviolet lights and a range of laser sensors for
building maps of rooms she is in. For a member of hospital cleaning staff, “you summon it with an app, like calling an Uber, press a button
and it’s on its way,” says Conor McGinn, who is chief executive of Akara Robotics and also an assistant professor in mechanical, manufacturing, and biomedical engineering at Trinity College Dublin.

We still clean hospitals the same way we did 100 years ago during the Spanish Flu pandemic. During Covid-19 this led to breakouts of infection striking both the most vulnerable people in hospitals and also health care staff. Nine Violets are currently hard at work in Ireland.

“Professor Martin Curley leads digital transformation in the HSE and he’s been a supporter of ours since day one,” McGinn says.
Since March of 2020, the Midland Regional Hospital Tullamore has been ‘a living lab’ and the main test site, helping McGinn and his colleagues improve “design, usability and make sure it’s addressing these pain points on the ground.” An air disinfection robot has recently also gone to work at Royal Hospital Donnybrook. Patients doing physiotherapy and rehabilitation in the Dublin hospital breathe heavily, and at a time when coronavirus hasn’t gone away, “aerosol is a risky area”, he says.

Deep cleaning hospital spaces is hard work, takes time and has been predominantly paper based, relying on a system of pagers and pre-scheduled rosters. A data and AI-based approach makes it possible to hit that optimality of speed and efficiency. If it takes two hours to deep clean an operating room – “that’s two hours the operating room can’t be used – that’s huge,” McGinn adds.

This starts with measuring forensically where hospital microbes congregate, which “are like five macrons”, so a cleaning robot can focus its germ-killing UV irradiation there. And also means clinical staff and cleaners can better communicate “if let’s say there’s an unexpected blood spill and a room needs to be cleaned immediately.” Nine Violets are currently hard at work in Ireland

Akara Robotics estimates each of their robots saves a hospital on the order of €30,000 a day, in putting rooms back in use and tripling the productivity of hard-pressed cleaning staff. During the height of coronavirus, travel and logistics were harder to coordinate but now McGinn’s team is about to start a trial in the UK with a major NHS hospital.

“The hope is that by the end of 2022, we’ll have deployments in the US, UK, mainland Europe, and the US,” he says. The easy bit was building the robot, Professor McGinn adds. Before getting down to robot building “we all spent time doing this job and it’s exhausting,” he says.

“The most important people from our standpoint are the frontline workers. If they don’t like it, the whole thing fails,” he says. “The worst thing is to spend six months developing a robot no one will use.” So “being able to make staff happier and able to do their job a little better and faster” is a way of helping frontline facility workers “who work tremendously hard and don’t get the credit they deserve,” he says.

In October 2021, Akara got a boost when it was one of several Irish start-ups recommended for funding under
the European Innovation Council’s Accelerator. This funding, expected to provide at least €2.4million with more financing possibly to come through co-investment, will give the robot-makers wherewithal to make a robot production facility, capable of making 100 robots a year. The Akara team with Violet

The team of nine, which spun out of Trinity in 2019 and is based currently at the Digital Hub in Dublin’s Liberties neighbourhood, also will be able to add 20 more staff in engineering, software, biology and marketing. Spin-offs represent “a model Trinity does especially well” and makes collaboration with researchers easier, as a company that’s spun out of the university and has roots there, McGinn says.

The European accelerator was launched last year to support highly innovative small businesses, especially start-ups and spin-offs. Healthcare service robots, as a market, will be worth over $4billion by 2030, growing 15% each year, says US and India-based research firm
Absolute Markets Insights.

In the long run, McGinn says, hospitals can be “proving grounds into a lot of other sectors” from nursing homes, schools and hotels to cruise ships and airports. Nursing homes, for instance, represent hard places to clean, with lots of soft fabrics and visitors coming in and out, says McGinn’s co-founder Niamh Donnelly.

These are all areas that “can improve with data driven facilities management,” McGinn adds. Meanwhile, especially with an aging population, people can focus on jobs which are inherently beneficial when a person does it, like patient-facing care and roles where human decision-making is important. Violet, anyway, follows in illustrious footsteps.

Akara’s first robot, Stevie, featured on the cover of Time magazine. Making him one of the first Irish people, human or robot, to do so. 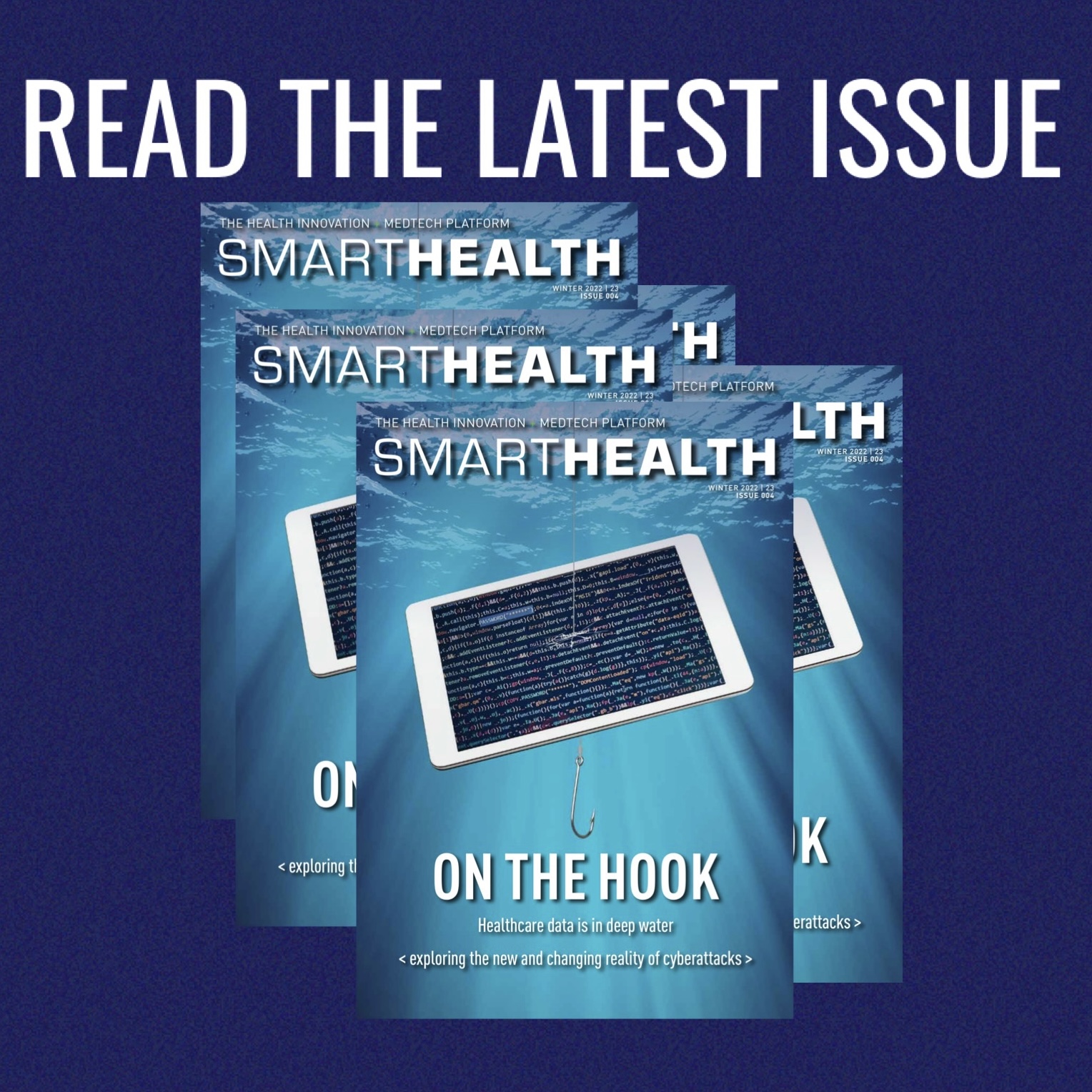 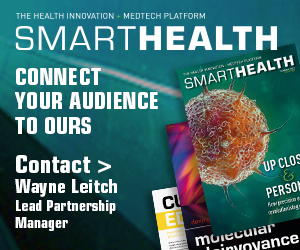 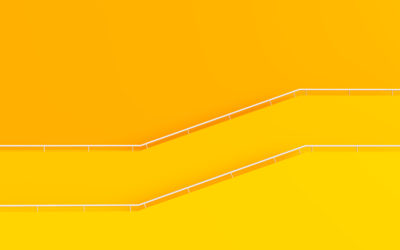 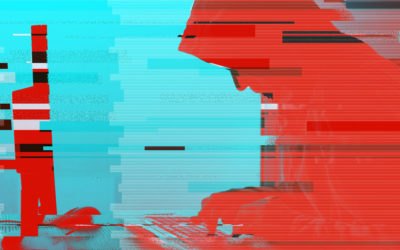 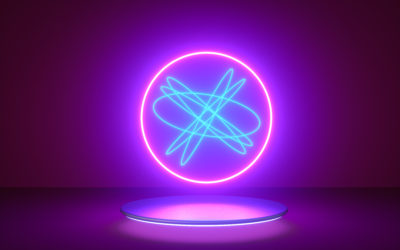